Here’s a well-detailed article, on the Shein affiliate program review.

The spike of the fashion industry in this modern world is no joke.

Come to think of it…

The industry is the 4th biggest sector worldwide.

So you know, the fashion industry is a lucrative one!

Yeah, I know the situation.

You want to earn the money, but you’re not ready to do that in person, right?

And in this article, we’ll be dealing with the affiliate program of the most popular fast-fashion brand, SHEIN.

Enough chatters, let’s get to the meat and potatoes of this article. 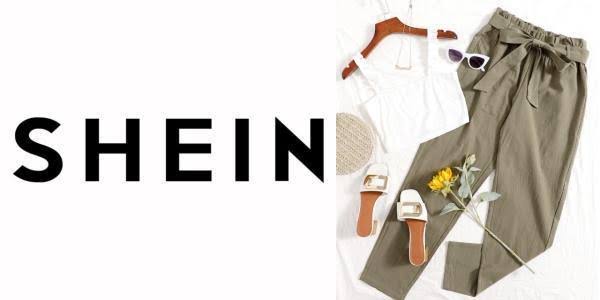 Headquartered in Nanjing, China, Shein is an online fashion retail store known for its impeccable cheap prices of apparel.

The company was established with the mission to offer trending fashion designs affordable to almost everyone. Their tag –everyone can enjoy the beauty of fashion– says it all.

Although based in China, China is not the company’s target country. According to Shein, they aim to serve their product to the whole of Europe, America, Australia, the Middle East along with other countries as well as China.

However, the company ships to over 200 regions worldwide.

From its founding date to now, Shein has seen a significant spike in its popularity.

The company which started as a mere dropshipping site based on female apparel has now evolved to the second most downloaded shopping app on Android, outranking Aliexpress, Flipkart, myntra, and Amazon.

All this success began way back in 2008 when Chris Xu, a Seo Marketing Specialist, began a line of selling which he named ZZKKO.

Over time, he gradually turned ZZKKO into a company where he sold only wedding dresses. Soon enough, the company started expanding and started dipping its hands into selling more varieties for women’s fashion. And eventually, the company changed its name to “Sheinside” which was also later changed to Shein.

However, at the time, they were not involved in the design or manufacturing of any apparel; rather, they served as the middlemen where they bought products from Guangzhou’s wholesale clothing market in China.

In detail, they performed their marketing activities similar to a drop shipping firm. Since they’d buy products from the main market in China –Guangzhou’s wholesale clothing market– and then sell it internationally across several countries like Germany, Russia, Spain, Italy, and France.

Within 5 years of the company’s establishment, Shein had already expanded to accommodate over 100 employees.

Not quite long after, Shein acquired Romwe (a popular Chinese e-commerce shop), developed its own supply chain system, and became a fully-fledged retailer – This all paved the way for the company to acquire success.

Shortly after, Shein became the talk of the town; selling products to over 200 countries and regions, accounting for over 18.4 Billion searches of the tiktok search term ” shein”, and rose from $15 billion worth to a whopping 30 billion dollars worth.

In the search to develop a more lucrative marketing strategy, Shein has launched its affiliate program.

As per the usual affiliate marketing standards, marketers would earn a certain commission for every product sold.

The Shein affiliate program is open to a wide range of websites including blogs, review sites, shopping directories, news sites, brochures, and many others. However, they’re a few guidelines you need to adhere to.

A few of them are; Awin affiliate, ShareASale, CJ Affiliate, and Admitad, etc.

Either way, in this article we’ll be using the information as per Awin’s affiliate network.

As said earlier, we will be using the Awin affiliate network in this article.

Optionally, you could join the shein affiliate program via their official page – this approach, however, is preferred by most people.

What Type of Products Can you promote on the Shein Affiliate Program?

Shein, as a company, is evidently filled with a vast amount of products that is tailored to meet the needs of its audience.

According to some research, there are over 600,000 products on the online store, with an average price of $7.9.

And from the information we have gotten, you can promote just any product you can find on the affiliate program.

And on each categories, there are several other minor categories, like in the picture below;

But first, Before heading on, let’s take things a bit back.

What is the use of Cookies and their duration in affiliate marketing?

Cookies are sets of data packs containing vital information and details of a website that is usually stored on browsers while users browse the internet.

Cookies are used by merchants and affiliate networks to track referrals made by publishers.

On a norm, when you make a sale through your affiliate link, you would only earn if visitors buy your products immediately.

Meaning that, if they had closed their browsers after clicking on your link, you won’t have earned a single penny.

That was actually bad…

And this was what led to the induction of Cookie duration also called the referral period.

With the Cookie duration in place, merchants now assign a period in which the publisher’s referral click would be tracked and stored on users’ browsers via a file called Cookies.

So, let’s bring this home…

As said earlier, the Shein affiliate program has a cookie duration (referral period) of 30 days.

Take, for instance, a potential buyer clicked on your Affiliate link, loved the products, but decided to pause for a while and do proper research or probably save up money for the products.

If he decided to return back to purchase the product after a while, so far it’s within the time limit of your cookie duration (in our case, 30 days), you would earn your due commission.

So that’s the fancy little concept behind the cookie duration.

If you should take a look at the cookie duration of most of Shein’s competitors, (like Amazon, Nike, Adidas, etc) then you would certainly know that the Shein affiliate program is a big advantage.

That aside, a 30-day cookie duration is just more than enough time for a potential buyer to take action.

Anything beyond that time, in my opinion, it’s of no use.

This is actually the nitty-gritty of this article.

Shein gifts publishers a 10% commission rate for every sale made via their affiliate link.

Unlike some affiliate programs like Target affiliate which pays publishers directly proportional to the number of products sold, Shein pays a constant commission rate regardless of the number of sales you make.

A 10% commission rate is quite a lot.

Though it might not be the best in the affiliate marketing industry, it’s way better than a list of some physical products-focused affiliate programs.

However, their policies are mostly centered on avoiding publishers defaming or impersonating their identity.

As a shein affiliate, you are not allowed to;

According to the company’s affiliate program policies page, publishers who fail to adhere to this section would be given warning alerts to amend their reviews.

But if any nonchalant publisher is noticed, they would take immediate effect to banning the user’s account.

SHEIN affiliate program takes all information shared with their name very delicate – It’s obvious that they’d this to maintain their integrity.

As a matter of fact, failure to adhere to policy would lead to a straight ban or commission deduction.

As a shein affiliate, you are not allowed to;

Basically, you should make sure every information written on your products reviews are updated and validated always.

Unlike the Wayfair affiliate program whose policies are based on traditional reviews, SHEIN takes its policy one step further by adding a traffic source validation policy.

Basically, SHEIN is against the use of bots traffic, spam traffic, or any other form of abnormal traffic to illegally drive sales in any form.

How To Make Money With SHEIN affiliate Program

It’s quite simple to join multiple affiliate programs of your choice and post the link on your blog and social media pages.

But where the problem actually lies is how to make money from the products. In other words, how to market the affiliate links and move in traffic.

And that’s the reason you need to take a good look at the affiliate program you want to promote before joining.

Ask yourself questions like: Is this affiliate program profitable?

Or even more marketing questions like: Is this brand am about to market, popular enough?

To further solve this query, we took our time to build a comprehensive article including the best strategies to hit the success lines of affiliate Marketing.

On the other hand, SHEIN is somewhat a popular brand in the industry. And a very popular one among fast fashion brands.

With this, Promoting SHEIN products would be way easier than that of a starter company.

First of all, before you even begin promoting the SHEIN affiliate link, take your time to decide on the platform that you want to target.

Either way, it all needs consistency applied to the right techniques on the right affiliate program.

If you don’t have a website for Promotiom, you can also do well to check our article on how to start affiliate marketing without a website.

Pros And Cons of the SHEIN affiliate program.

Let’s take the journey of a thousand miles in 2 steps by weighing the pros and cons of the shein affiliate program.

You can’t make mention of fashion brands without calling out or tagging Nike. Funny enough, it’s the world’s largest producer and supplier of sportswear, athletic shoes, and other sports equipment followed by Adidas, Puma, and Under Armour.

The company hails mostly in the United States which spreads massively to many other countries.

In terms of revenue, the company has it. In the United States, Nike has an annual revenue of over 17 billion and generates roughly 5 billion dollars yearly.

Unknown to many, Nike has an affiliate program, with a decent commission rate and cookie duration (referral period).

Nike’s affiliate program is hosted officially on the Awin affiliate network. However, you might find it on some other networks such as CJ Affiliate, ShareASale, and others.

But, it’s highly recommended that you stick to the affiliate network directly forwarded by the Nike Affiliate Program official landing page to avoid unnecessary variations.

In Comparison to Shein, there are upsides and downsides.

To read further, you can also check our article on the Nike Affiliate Program

If you just want to stick to a single affiliate program and sell just almost anything you’d think of, then Amazon is probably for you.

That being said, well, in my opinion, the only basic advantage Amazon tends to have over other affiliate programs is probably the brand name built.

Amazon has a cookie duration of mere 24 hours while their commission rates vary.

The next on our list is the Target affiliate program.

Just like Amazon, Target is a well-known retail store headquartered in the United States.

Target affiliate program, on the other hand, is hosted on Impact radius.

Health and beauty, Baby gear and furniture, home and outdoor living, Apparels and Accessories are the only product categories you’re allowed to promote as a Target affiliate marketer.

To read further, you can also check our article on the Target Affiliate Program.

SHEIN is a well-established online fashion-based retail store with a good reputation.

The cheap prices they offer, their quality, the established brand! All in all, promoting SHEIN affiliate links would be of a way much easier than the odds.

Coming into the monetary and conversion aspects of the SHEIN affiliate program, their commission rate of 10% is a rare one among fast fashion brands. Additionally, the company still offers a cookie duration of 30 days?!

It’s irrefutable that if you place the right marketing strategies, you won’t make huge money out of SHEIN.

Why Won’t My Elf Bar Charge – Troubleshooting and Solutions

Buy an Onlyfans Prepaid Card Now – Get Your Top Up Voucher